“…and I’ve been wanting a word with you, too, Arthur,” said Mr Crouch, his sharp eyes falling upon Mr Weasley. “Ali Bashir’s on the warpath. He wants a word with you about your embargo on flying carpets.”

Mr Weasley heaved a deep sigh. “I sent him an owl about that just last week. If I’ve told him once I’ve told him a hundred times: carpets are defined as a Muggle Artefact by the Registry of Proscribed Charmable Objects, but will he listen?”

“I doubt it,” said Mr Crouch, accepting a cup from Percy.

“Ali thinks there’s a niche in the market for a family vehicle,” said Mr Crouch. “I remember my grandfather had an Axminster that could seat twelve – but that was before carpets were banned, of course.”

The long-awaited day has arrived. My carpets are being fitted in my flat today. I’ve been here 1 year 9 months and it has taken til now to have the resources – financially and mentally – to get this done. Right now I’m feeling very anxious and tired. It has been a big job getting all my furniture moved, cleaning and painting (the skirting boards for example, where I don’t want to get paint on the carpets). I’ve done the last bits this morning; my legs are shaking now and the pain’s really bad but I’m so pleased I’ve done it. The fitters will be here any time now. It will be so much cosier with carpets, as well as being easier to clean and probably reducing my heating bills too. I think the colour will work well and be quite calming.

There are some amusing moments to come, I’m sure! For example, I’ve moved most of the furniture to the kitchen, which is not being carpeted. I can’t fit any more in there now. So where could I put everything that I then had to empty from the hall and bedroom cupboards and wardrobe? 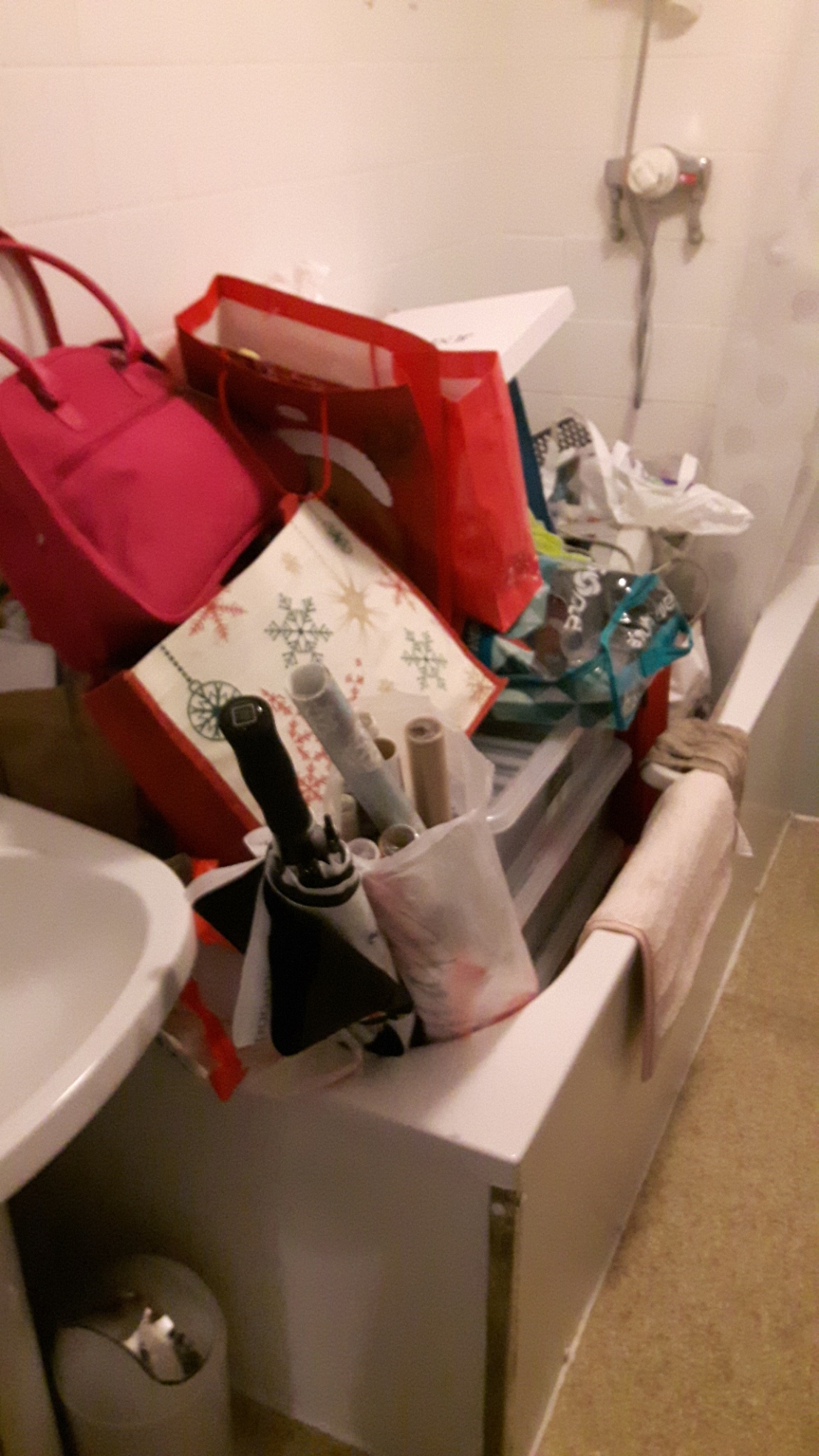 Have you got anything exciting happening in your week?

I have a colleague who is really into the science fiction fantasy board game, Warhammer. It’s his main hobby. I can’t even begin to explain how the game works so, thanks to Wikipedia:

“Warhammer 40,000 (informally known asWarhammer 40K, WH40K or simply 40K) is a tabletop miniature wargame produced byGames Workshop, set in a dystopian science-fantasy universe. Warhammer 40,000 was created by Rick Priestley in 1987 as the futuristic companion to Warhammer Fantasy Battle, sharing many game mechanics. Expansions for Warhammer 40,000 are released periodically which give rules for urban, planetary siege and large-scale combat. The game is in its seventh edition, which was released on May 24, 2014.”

My colleague has gradually assembled a collection of the figures / characters used in the game, building and painting each one. Apologies to readers familiar with the game as I’m sure “figures” isn’t the proper term. It’s a very detailed game which I understand is played across the world.

I have never played Warhammer and it is too much based around war and combat for me personally to enjoy. However, as my friend told me about the game, I was interested by the premise on which the universe and how the characters originated. I’ve long been attracted to the way fantasy world stories and games allow us to explore emotions and values that may seem both threatening and fundamental in every day life. I think that’s why I enjoy the Divergent trilogy, the Hunger Games series and Harry Potter.

In Warhammer, as I understood it at least,  emotions like rage, anger, depression, lust, and so on take on a monstrous form and inhabit their own plane that was somehow separated from the world we live in. However they can sometimes get through the division between the two planes, into the world, as monsters and destroyers, and attack or take possession of people.

I thought that was quite a vivid description of the emotions that we fear. Sometimes I dissociate and cannot feel. It’s as though the emotions are supposedly safely shut away in the other plane, leaving absence and numbness, but still draining and hollowing me out so I no longer know who I am. The veil that keeps them shut away is increasingly unstable. It shifts and weakens and then with horrifying force, the violent and monstrous emotions burst through back into my reality. They attack. They hurt. They scream fury or whisper paranoia and guilt. They cling, unbearable and foul. They consume me, control me and wrap themselves so tight around my insides that all I sense is pain and I lose sight of everything good. Hope and empathy seem to have fled. I do the terrible things I most fear.

Sometimes I worry what the creators of games like this have been through to come up with these images! Or perhaps it only reads this way to people who think like me 🙂 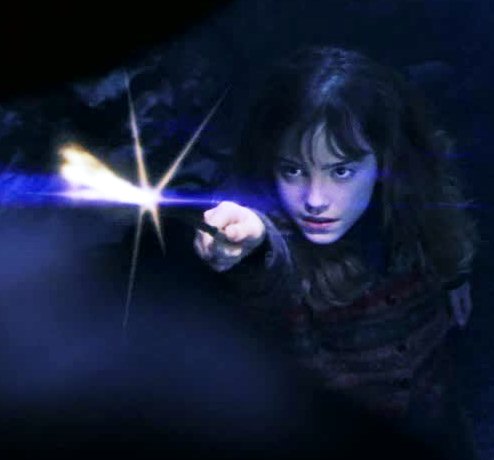 “Happiness can be found in the darkest of times, if only one remembers to turn on the light.” – Albus Dumbledore, “Harry Potter and the Prisoner of Azkaban”

I think I’m still stumbling around in the dark banging into things whilst I’m looking for the switch, but I’m trying…. 🙂 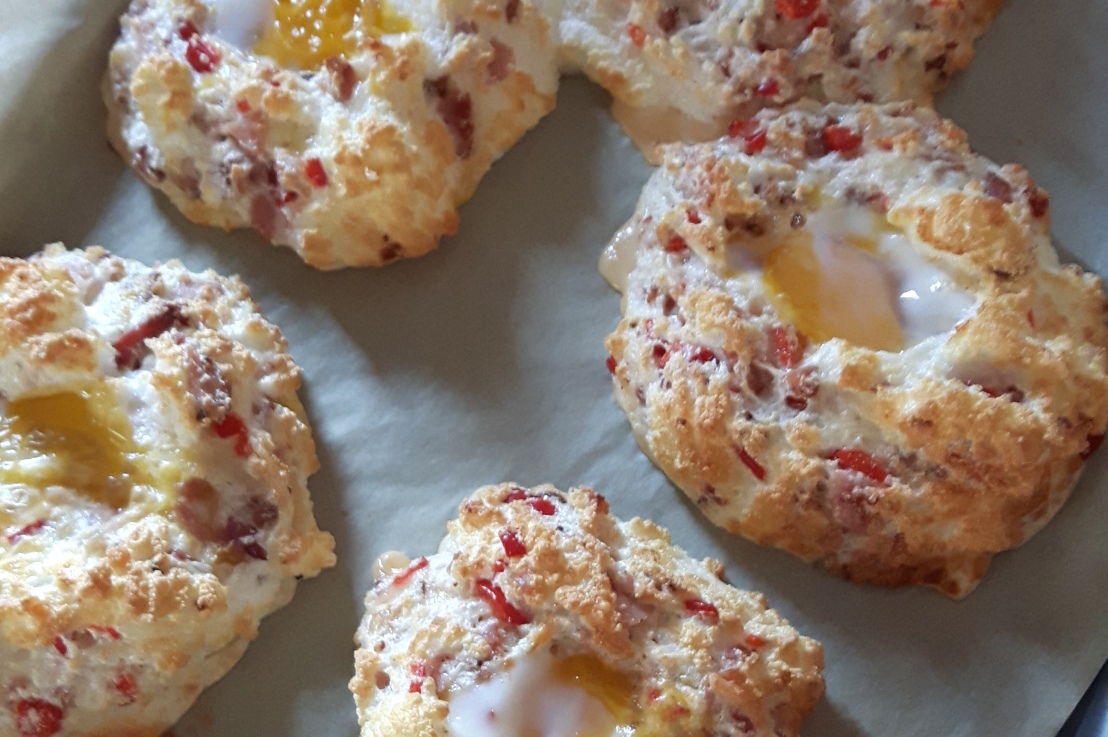 It’s very easily impossible to believe “this too shall pass”.

In BPD, that can feel like the most hurtful thing to be told, in the midst of utter pain. Even if the pain was triggered by a very small thing, at the time, it is not minor – it is the proverbial straw that broke the camel’s back or the rope you were holding onto so so tight because everything else had been snatched from you, then this too disintegrates.

But the fact that is at once cruel and possibly hopeful, is that every time you go through that utter pain, and still continue, it is proved that “this too shall pass”.

On Friday afternoon this week I was about to end it because for the n’th time it was more than I could stand, more betrayals than I could bear, pain only for pain, the original source now lost amid the impossibility of existing beyond that moment. I was evil rubbish and the world was laughing at my hurt. It was time to overdose and walk in front of a train and end it. And perhaps I was going to hurt someone. My memory blacked out.

Somehow, on Saturday morning I was at my friend’s and she was cooking breakfast. She made “eggs in clouds” for a treat (look at the picture – literally a little egg yolk in a little savoury souflee cloud).  There’s chopped bacon in the soufflee cloud so we thought perhaps it should be “pigs in clouds” instead. We talked about everything, minutiae and serious: baby showers, Harry Potter, Alan Rickman, jogging, marriage, how to stay in love and what to do when something nobody else cares very much about is unbearable to you, a mutual friend who may be in a bad home situation, sunshine, work…

So you see, it turns out pigs do fly, and this too did pass. It seems ridiculous that both these scenarios were real and followed each other by less than one day. But both were real. The change, although I do not know what brought it about, was real.

Perhaps it’s worth keeping a short note of the times that pigs did fly, that the darkness did end, what you did to change things, if you can remember – but if you can’t, even just record the fact that you did change things. That although that night you thought you could not go on one more moment, the next day you took a few steps out of your house, maybe walked down to the bottom of the road and back. That through the terrible flashbacks, you held on, and now you are back in today’s reality.

Both are real. Neither are permanent, both shall pass, but both are real. Note it down, however small it seems. Then the next time when the darkness starts to come, you can look back and be encouraged.