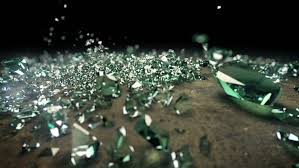 On Tuesday I made my statement reporting the years of emotional and sexual abuse from my mother. Two officers were with me for about 3 hours. There were a lot of preliminary questions and forms to complete then my statement was recorded by a small camera. The recording itself may be used in evidence, and a transcript will be typed.

It was a bit surreal at first, but the anxiety was rising in my throat and pumping through my whole body. I thought it would consume me and I would not be able to speak. The officer stated the date, time, place, who was present. Rather like on TV shows, except this was real. Then I spoke. I spoke for about 50 minutes with just a few breaks and questions, then there came more questions at the end.

The officers were incredibly kind and compassionate and made the process as “best” as it could be in this situation. It did make a difference. They were respectful, and gentle, and had empathy for the impact and the cost of speaking. I know from what readers have shared in the comments on other posts that this is not everyone’s experience of reporting this kind of crime to the police. How I wish it was.

Right now I feel shattered, like the picture. I’m so tired. Every joint feels as though it has been smashed with a hammer. At the end of the day at work today, my legs are hurting so much I can only walk very slowly and my feet recoil from the ground. Partly it’s the fibromyalgia and arthritis. Partly the stress, I’m sure.

It’s as if I don’t really know how to stand right now. I know that it was the right thing to do and that I needed to give this statement. Yet those 3 hours change everything.

Suddenly those “touches”, those words, the coercion, the threats, the violence, are unquestionably crimes. A substantial chunk of my childhood written, taped, recorded, in a couple of hours. What happened was no longer sickness (or no longer only sickness). No longer to be excused. No longer misunderstanding or as she sometimes claimed, the product of her fear. It was a crime. In the police’s words I am the victim of her crime. My mind is shattered, too, try to understand this concept….