Wow, I’m finding this series harder to do than I’d imagined! My previous post in this series, on Bert, was a kind of guest appearance. (That soup turned out quite well, by the way, though it needed double the time in the slow cooker that the recipe said.)

Here is some food I made when I had two friends over for our Christmas celebration. I didn’t attempt traditionally seasonal turkey because of a tight budget, as one person was mainly vegetarian, one had recently had an operation and has not yet much appetite, and in any case we were only the three of us. Instead I made Spanish omelette, baked not done in the frying pan because I can never do it well that way, warm white cabbage fried with onion and grated apple, and carrots roasted with a little oil, lemon juice and slices of apple which caramelises them as they bake. A Greek friend told me about the carrot recipe. 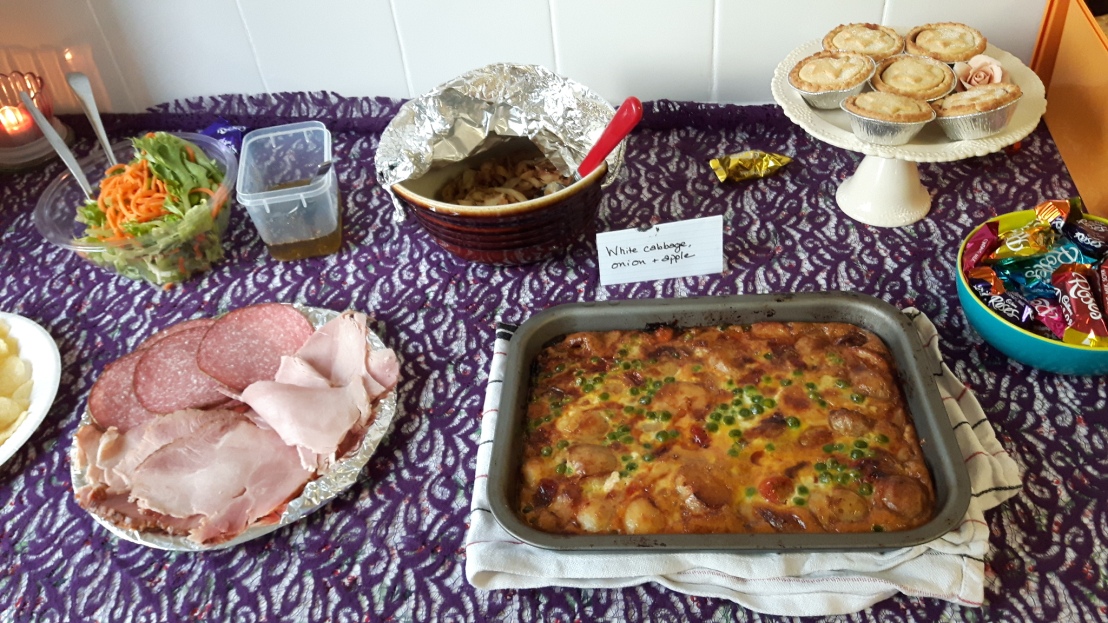 It worked well for having friends over because it’s possible to do a lot of the preparation (such as boiling the potatoes and preparing the veg that go in the omelette) in advance. It also makes it a good dish for me as I can prepare it in stages gradually, taking a break when I need to if I’m tired or the pain too much worse.